Today’s episode is brought to you by Gabby Bernstein’s Spirit Junkie Masterclass.

When you’re on a journey of spiritual growth and transformation, pretty amazing things can happen. There comes a point when you hear the call to share the lessons you have learned in your life . . . and that’s exactly what happened for today’s guests: Phil and Matt, aka The Vegan Bros.

Serial entrepreneurs Matt and Phil are experts in the field of veganism and the science and art of social change. They’ve been featured in Vice, Business Insider, the Guardian and many more. Their views on veganism may be polarizing, but we LOVE their passion, drive and mission.

No one would ever guess that the obese kid and the skinny socially awkward kid, raised in a “Jesus-club-on-acid” environment (where vegetarians are considered a strange subspecies, and where drinking alcohol sends you straight to hell) would end up revolutionizing the world.

But Matt and Phil believe every journey we take in life happens for a reason and that challenges only make you a stronger, wiser person. Having been through some crazy shit themselves – from being offered hypertension medication at just 20 years old and losing 100 pounds, to being a vegan animal activist in deep bible-belt America – the Vegan Bros’ mission is to bring the vegan world and the rest of the world together.

Their book, Vodka is Vegan: A Manifesto For Better Living And Not Being An Asshole is the definitive guide to becoming a vegan, without any of the drama or judgement. This book will get you to think about the vegan approach in a completely new way . . . like realizing that if you’re opposed to animal abuse, you’re already 90% vegan – your diet is just the last 10%. We know making that change isn’t easy! Especially if you’ve spent your entire life eating meat, or punishing yourself for still using honey.  With this book, you can follow Matt and Phil’s foot-in-the-door technique: take it slow, go at your own pace and find what works for YOU. Start with a shot of vodka (it’s vegan, after all, and gluten free). And keep an open mind! Remember, most of what you already eat is accidentally vegan.

Get your copy of Vodka is Vegan and let The Vegan Bros guide you on an effortless, judgement-free 14-week trip into plant-based living. It’s out NOW, and you can also get it on Audible.

. . . then you NEED to check out Gabby Bernstein’s FREE 3-part video training so you too can make a living doing what you love.

In this first video, Gabby shares 3 steps you can take to truly own your confidence and get into action now.

She took these very 3 steps to become a speaker, author and public figure with zero background in her field.

Like Gabby, you’ll gain the confidence to embrace the fact that you have a divine purpose — and start taking inspired action so it can unfold (just like it did for The Vegan Bros).

-The secret to conquering doubt and uncertainty

-How to feel strongly connected to your purpose

Beyond Belief by Melanie Joy

What is the Bible? by Rob Bell

Death on a Factory Farm documentary 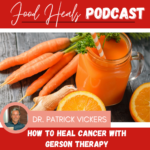 353: How Gerson Therapy Heals and Reverses Cancer and Chronic Disease with Dr. Vickers 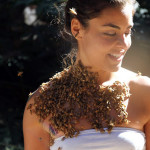 33: Healing auto-immune conditions naturally & The Vanishing of The Bees 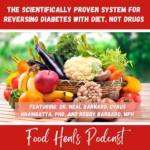 401: No More Diabetes: The Scientifically Proven System for Reversing Diabetes with Diet, Not Drugs with Dr. Neal Barnard, Cyrus Khambatta, and Robby Barbaro

400: Peptide Therapy: How to Lose Weight and Get Your Body Back to it’s Natural Set Point by Regulating This Hormone with Gabriella Woldman 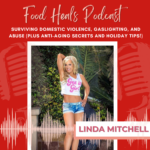