Prescription drug misuse kills over 300,000 Americans every year.  Adam Sud very nearly became part of that statistic, but he managed to turn his life around. He shares his inspirational story with us today.

Adam comes from a home where healthy living was encouraged. When his grandfather passed away from cancer, his father, one of the original founders of Whole Foods Market, became focused on health and wellness, running marathons and encouraging his family to eat nutritious food. Consequently, Adam wondered whether there was something wrong with him for liking junk foods, and by the time he was in high school, he’d rebelled and begun to reject the healthy lifestyle promoted at home. In middle school he was prescribed the ADHD medication Adderall, which he began to overuse, enjoying the feeling of focused attention and the fact the drug helped him manage his weight.  But Adderall is one molecule away from being street meth, and soon Adam found himself increasingly craving the drug. By the time he was in college, his metabolism was seriously damaged and he began gaining weight.

It wasn’t until Adam left college that things really took a turn for the worse.  He was taking six times the recommended amount of Adderall each day, and when he couldn’t get hold of it he would self-sooth with junk food. His self image was at an all time low, he had no self esteem. Nothing mattered except the drug. He lost his job, his life retreated into his apartment, he didn’t go out with his friends and his relationship with his family was strained. But, his father kept reaching out to him and one day Adam realized he had to do something.

He started rehab in September 2012. “The physical exam was dehumanizing”, Adam remembers as he thinks back to being 300 pounds and seriously overweight. The test results were frightening: he had high blood pressure, and his blood sugar levels were through the roof. It was the diabetes diagnosis that hit Adam the hardest, and what propelled him to making the lifestyle changes needed to fully recover. He started working with the personal trainer immediately. “If I’m the cause of my problems, I get to be the solution,” and 37 days later, he moved into Sober Living.

This was another challenge, as the food offered was “worse than hospital food,” frosted flakes and microwaveable pizzas—indeed most people gain weight in Sober Living. But that wasn’t the case for Adam. He started a diet consisting of oatmeal and egg whites, and as many steamed vegetables as he could handle — this was an act of self love and care, and the diet helped reaffirm his sobriety. After two months, he’d lost 30 pounds, and with the therapy he was receiving, was able to start liking the person he saw in the mirror. Adam also reversed his diabetes. He moved out of Sober Living eight months later, weighing nearly 100 pounds less.

Now, Adam has been a vegan for around two years, and is planning to run the New York Marathon with his father. He’s certified as a Holistic Health Coach, and has gone from hating himself to being the healthiest and happiest he’s ever been — and if that’s not a story worth listening to, nothing is! Tune in now for part 1 of this extraordinary two-part interview.

​A little over 3 years ago Adam Sud weighed 300lbs,  was a type II diabetic, a drug addict, fast food addict, and suffering from severe depression. Adam was diagnosed as a diabetic his first day at in-patient rehab.  After rehab he moved to California into a sober-living house.  Adam took it upon himself to reverse his type II diabetes and so he implemented a plant strong nutrition plan into his recovery program of medication and therapy. What Adam didn’t know was nutrition would become the backbone of his entire recovery.  Within 6 months Adam reversed his diabetes and today he is over 3 years sober and weighs 170lbs.   Adam realized that nutrition has an amazing power in regards to addiction recovery.  Adam became a certified holistic lifestyle coach and developed a program using nutrition as a tool for addiction recovery and relapse prevention.  He now run groups at sober-living houses and Intensive Out-Patient Therapy centers in LA.  He recently had the honor of speaking at Rip Esselstyn’s Engine 2 plant based health immersion in Arizona and has been invited back as a speaker for 2016.   Adam has had the honor of being a guest on the Rich Roll podcast, Running To Mental Health podcast, and have been featured on Forks Over Knives.

@42:01 One of the most addictive substances on the planet?

Tweet: “You have to be comfortable with being uncomfortable. That is the essence of recovery”, Adam Sud @FoodHealsNation http://bit.ly/AdamSud-Part1

e –  is a 100% natural and organic, ultra-premium skin care product! French for “Perfect Face,” Parfait Visage® is an incredible blend of the highest quality ingredients. It’s a revolutionary blend of antioxidants, natural moisturizers, and exotic botanicals that promote fresh, radiant skin. Parfait Visage® will help your skin look and feel its best!

Aquaspirt Spray –  a refreshing body and face mist that combines oxygen and aromatherapeutic nutrients to stimulate circulation and promote healthy, radiant skin. Formulated with all natural, organic ingredients, Aquaspirit® helps maintain the elasticity of collagen and encourages the natural regeneration of new cells.

Oxy-Powder – is a safe and effective colon cleanse product that uses the power of oxygen to gently cleanse and detoxify your entire digestive tract and relieve bloating, gas and occasional constipation 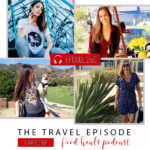 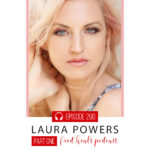 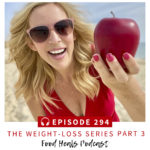 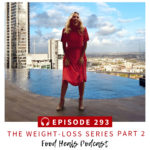 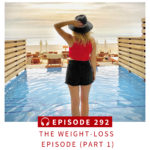 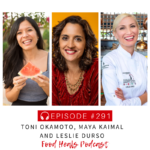 How to Save Time & Money and Go Plant-Based on a Budget with Toni Okamoto, Maya Kaimal and Leslie Durso