Cervical cancer killed nearly 4,000 women last year. It’s the second most common cancer among women. Conventional treatments, like surgery, chemo and radiation, aren’t just poisonous, they often lead to infertility. When Amanda was diagnosed with cervical cancer, she was determined not to go down that road. Instead, she chose a raw vegan diet, meditation, and yoga. She’s now cancer-free.

When Jeff’s wife was diagnosed with an aggressive form of bladder cancer, she was told her life would change forever: surgery, chemotherapy, radiation, a life without an essential organ. Instead of taking the doctor’s word for it, they travelled to Germany to treat the cancer to a spa. Thanks to juicing, a plant-based diet, hyperthermia (targeted heat therapy), oxygen therapy, intravenous vitamins, and colonics, she was completely cancer-free in just one month.

Just like Alli, Tracey lost both her parents to preventable diseases: her mom died from cancer and shortly after, her dad died from a heart attack. This made her determined to be a pillar of health and to spread the message through as many media outlets as possible. She launched the wellness website Alright Now to give people the tools they need to live their healthiest life – from nutrition and fitness to relationships and parenting. We think she rocks!

Jill and I were roommates when she was first diagnosed with breast cancer at just 25 years old. She endured four years of conventional treatment, including chemo and surgery. But since then, she’s taken the holistic route: she’s a plant-powered Pilates superstar, an avid juicer and a big fan of the Gerson therapy.

33: Healing auto-immune conditions naturally & The Vanishing of The Bees 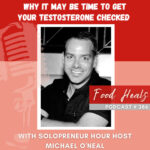 386: Why It May Time to Get Your Testosterone Checked with Solopreneur Hour Host Michael O’Neal 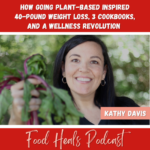