‘Tis the season to get spooky, and there’s no better way to do it than by talking to a psychic who truly does see dead people! From celebrity deaths to the truth about ghosts, there is no creepy topic off-limits in today’s Halloween episode of Food Heals!

So pour yourself a pumpkin spice latte, lower the shades and prepare to be spooked and entertained as we discuss theories about dark energies, demonic forces, psychic protection and more with Celebrity Psychic Laura Powers.

Laura Powers is a celebrity psychic who has been featured by Buzzfeed, NBC, ABC, CBS, FOX, Motherboard Magazine by Vice, and many other media outlets.

She is a clairvoyant, psychic medium, actress, model, producer, writer, singer and speaker who helps others receive guidance and communicate with loved ones.

Though Laura has always sensed the spiritual realm, it was not until adulthood that she opened up to her gifts and a life-crisis in which she was unemployed, going through a bad divorce, and physically ill. It was during the crisis that she shifted and opened up her focus to the spiritual realm and her life dramatically transformed from there.  She started her company Healing Powers as a part of a personal healing journey with the goal of helping others find the resources and tools for self-healing.

Suzy Hardy has been passionate about healing the body with nutrition and holistic medicine since she was 16, after a high school injury forced her to learn that western doctors didn’t always know the answers to feeling well.

After graduating from UC Berkeley with a degree in Psychology, she decided to follow her dreams of becoming a professional actress.  Along the way she also became a licensed massage therapist and energy healer and had a thriving healing practice while she pursued acting and writing, thoroughly enjoying working for herself.

Podcasting was the next evolution for her after doing voiceover work since she was a child. Her voice can be heard on the radio, in film and cartoons, in over 60 audiobooks and of course, on The Food Heals Podcast. As an actress, she has performed on both stage and screen, from the classics to improvisation. She has just completed her first feature-length screenplay.

Allison Melody is an eco-entrepreneur with a passion for film, fitness, and food. As a Podcast Host, Film Producer, and International Speaker, Allison’s mission is to inspire people that the body has the ability to heal itself when given the tools it needs to do so.

As a filmmaker since 2004, Allison has directed and produced documentary films, PSAs, commercials, music videos, and viral videos on the topics of social justice, human rights, animal rights, and public health.

In 2019, her documentary Powered By Plants debuted at The French Riviera Fest in Cannes, France. 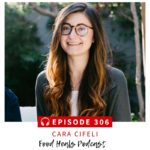 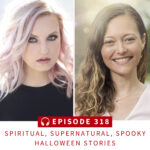