We kick off with a music related question from one of our FoodHealsPodcast listeners. Is it possible that a piece of music can open up intuition? In our opinion, it absolutely can. Music is a powerful tool that can instantly change your mood, your aura and your chakras. We give our selected listener some spiritual and entrepreneurial tips on following her dreams! It’s the perfect way to introduce our guest for this episode, composer, violinist and vegan Chrysanthe Tan, just back in LA after being on tour after releasing her debut album Stories.

Chrysanthe started playing the piano when she was 7, and the violin from the tender age of eight.  There was some indecision over her going into music, with both her parents preferring more traditional careers. However, for Chrysanthe music is more than just sound, it’s a language, a way of conveying who she is — “Without music, I don’t even think I would be able to communicate,” she says.

Chrysanthe stopped eating meat when she was a child and was an ovo-lacto vegetarian until she went to college. Her first forays into veganism were uninformed, but she quickly discovered and embraced whole foods and vegetables, and started reaping the health benefits. One of the most noticeable changes has been that she no longer suffers from allergies, something that had plagued her since childhood. Being from a Greek background, Chrysanthe’s family found it initially difficult to deal with her veganism, but after watching the movie Forks over Knives, her mum undertook a 30 day vegan challenge and has been vegan ever since!

Being vegan when on tour can be a challenge, but Chrysanthe has devised a survival technique. “I scavenge and assemble”, she says, and isn’t embarrassed to produce a sweet potato from her bag to supplement a restaurant salad. Keep an eye on Chrysanthe’s website for her upcoming ebook on veganism. For now, she shares with us her four great tips for eating a cheap vegan diet on the road:

1 – Identify your resources: have you got a fridge in your hotel room? Are there facilities to boil water?

2 – The grocery store is your friend, a more sustainable and cheaper option than the restaurant.

3 – Focus on foods that will give you energy — beans potatoes, oats, rice.

4 – Embrace your inner scavenger! If there’s a bowl of fruit in the hotel foyer, grab that free apple!

Chrysanthe also shares with us her best secret tip, but you’ll have to listen to the episode to  find out what it is! Tune in for vegan tips, musical musings and tasters of Chrysanthe’s new album.

Chrysanthe Tan is a composer, violinist, and writer who primarily lives in the realm of contemporary classical chamber music. Throughout most of 2015, she toured the world as pop star Ariana Grande’s violinist on the Honeymoon Tour, playing in arenas across North America, Europe, and Asia. In July, she released her debut album, Stories, comprised of chamber music for piano, strings, and electronics, then performed the work in its entirety with fellow tour mates at an intimate album release concert in Los Angeles.

This year, Chrysanthe also had the pleasure of participating as an ASCAP composer in the Lyric Project, scoring the Project Involve short film “Vamonos,” which premiered at the Los Angeles Film Festival in May, and composing music for the experimental feature film Mono, set to premiere at an exhibition in Antwerp in January 2016. In December, Chrysanthe launched a Patreon channel as a new means for her to share more compositional and experimental work and better connect with the people supporting the diversity of her art-making.

As a writer, Chrysanthe has written a full-length poetry thesis manuscript (Surveillance Notes), a chapbook (Songs), been published in literary outlets like The Volta 365, DUM DUM Zine, and Selfish Magazine, and is currently writing an e-book on traveling plant-based on a budget. She is a graduate of Stanford University (Creative Writing and Music), California Institute of the Arts (MFA in Creative Writing), and is currently pursuing a second MFA (in Violin Performance at CalArts.

Tweet: Doubt the doubts and go for what your heart is telling you @FoodHealsNation #FoodHealsPodcast http://foodhealsnation.com/61

Tweet: You can move a whole room just by playing a song #FoodHealsPodcast #vegan #music http://bit.ly/ChrysantheTan

Acuity Scheduling: Schedule clients without sacrificing your soul! Acuity Scheduling is an online appointment scheduling software. Clients can see your real-time calendar availability, self-select the time that works best for them, and easily book (and pay for!) their own appointments in advance, sparing you 89% of current headaches, mix-ups & grunts of frustration. Get notified anytime a new appointment is booked, check your schedule right from your phone, and even tell Acuity to immediately update the calendars you already use, like Google, Outlook, iCal or Office 365.  Automatically send branded & customized confirmations, reminders & follow-ups—via email or text message—and even accept payment and tips via Stripe, PayPal, Braintree & Authorize.net with the click of a button. After all, you’re sophisticated like that nowadays.  Use the link AcuityScheduling.com/foodheals to receive a 45 day free trial. 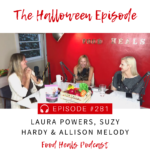 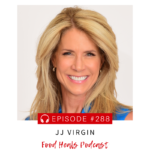 288: How Warrior Mom JJ Virgin Helped Her Son Thrive When Doctors Left Him For Dead 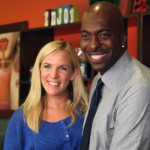 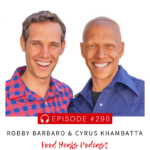 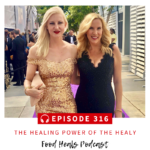 316: Meet The Healy: The Microcurrent Frequency Device for Pain, Anxiety, Sleep, and More 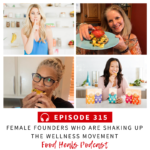 315: Female Founders Who Are Shaking Up the Wellness Movement 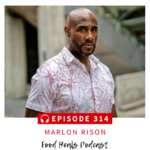 313: How to Live Medication-free with Bipolar Type 1 with Marisa Imôn